In Rogue Agent, players control an agent working for the shady corporation known as The Agency", created to control Rain City's crime rate, which has rapidly outpaced the capabilities of the regular police force. Players win the game by obtaining the most power over the city in a race against the game system that creates a living city in which crime and other challenges await at every corner.Each round consists of an action phase, preceded by an upkeep phase. During this action phase, players score power by successfully eliminating assassins, turning in crime bosses, and defusing high-tech bombs that threaten to destroy whole districts. Through investigation of city areas, players gather resources that will be vital for survival. Positioning collaborators in the different locations of the city aids agents in overcoming confrontations with local thugs. Meanwhile, the city police squad is hot on your trail, hoping to contain the illegal side jobs that agents are known for. The Agency, however, has its own air defenses it can call in for support.Players can scout locations in search for valuable resources that will help them upgrade their abilities, to get more control over the challenges in the game. As the game develops agents can upgrade their vehicle, weapon and scout abilities as well as gather information about the true identities of other agents. There might be traitors within the Agency. Some of you might be android agents, secretly planning a revolt. Through careful investigation, players can gather intelligence about the true identity of other players. As the game progresses, traitors amongst the agents could be revealed in the form of Androids. These agents have access to new victory conditions  destroying key locations holding information about android production and eliminating human agents  in a deadly race for control of the city. The first player to reach eight power wins.Rogue Agent is a fast playing easy to learn adventure/resource management/risk management game using fun streamlined icon-driven dice mechanics and a living city system that creates a dynamic board with characters and challenges in constant motion, creating unique situations with each play." 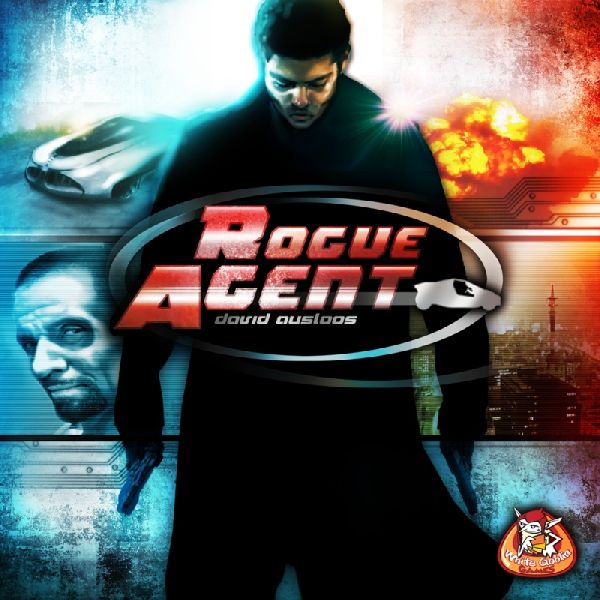